In accordance with best practice provision 2.2.2 of the Dutch Corporate Governance Code, Mr Beyens, Mr Boone and Mr Karis were appointed in the Extraordinary General Meeting on 3 December 2018 for a term ending on the first Annual General Meeting to be held after their four-year term has elapsed. In the Annual General Meeting of 25 April 2019 Mrs Reijnen was appointed as a Supervisory Director. As per 12 December 2019 Mrs Reijnen stepped down as Supervisory Director in order to accept the role of CFO of Beter Bed Holding N.V.

The Supervisory Board closely monitored the development of Beter Bed Holding N.V., and more specifically the development of Matratzen Concord, and shares the Management Board’s view that - although the initiatives taken in 2018 showed some first encouraging results in the beginning of 2019 - the results of Matratzen Concord developed too slow in order to deliver a substantial better outcome.

The development of revenue and order intake in the Benelux was satisfactory, however at the same time, as a result of the failing supplier performance in the first quarter and the overarching issues at Group level driven by Matratzen Concord, the profit in 2019 started to become pressured.

Despite the strong decrease of the results, the Supervisory Board is convinced that the decision to divest Matratzen Concord was a necessary and well though-through decision in order to secure the Group's continuity. Building on the divestment of Matratzen Concord the decision was made to issue 2,150,000 shares to Magical Honour Limited which, in combination with the sale-and-leaseback transaction of the three distribution centers, has enabled Beter Bed Holding N.V. to seriously decrease debt by the end of the year. Through the proper and focussed execution of these decisions the Group has enabled itself for a much better future going forward.

The Management Board will present its mid-term plans for the remaining Company in an update for analysts prior to the Annual General Meeting on 13 May 2020. 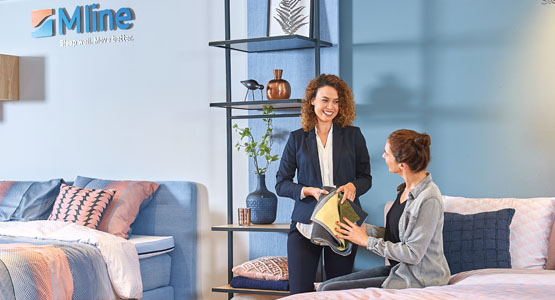